skip to main | skip to sidebar

This summer the Pittman Lab at Wofford College is investigating the effect of injecting chlordiazepoxide (CDP), a benzodiazepine GABA-A agonist), directly into the parabrachial nucleus (PBN) of rats on their ability to lick to taste solutions during brief-access trials. 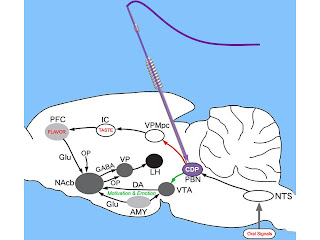